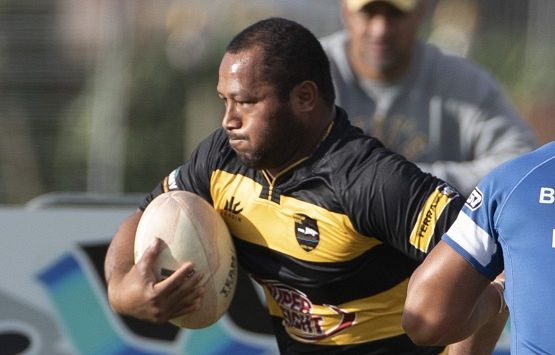 Sam Aiono returns for a second season at the helm of Bombay this McNamara Cup season and he is joined by former Counties Manukau, Chiefs and All Blacks winger Lelia Masaga.

Masaga, a try-scoring winger during his playing days, will work as Aiono’s assistant coach in 2022.

“Sam returns after his first coaching season with the Bombay Premier side in 2021,” a post on the club’s Facebook page said.

“Sam's history with the club goes back to 2013 where he played in the Premier team, he then went on to win three consecutive McNamara Championships with the premier team.

“He has also played over 52 games for Bombay.

“Sam is also a former Counties Manukau Steeler and Manu Samoa representative. He brings a wealth of rugby knowledge and a love for the Bombay Club. We look forward to having Sam back for another season.

“We welcome Lelia to the Bombay Family, where he takes on the role as Premier Assistant Coach. Lelia's background in professional rugby career spans over 14 years. He has played for Counties Manukau, Chiefs, Bay of Plenty, All Blacks and a number of overseas teams. He brings a wealth of experience and knowledge to this coaching team.

“We are grateful and excited to have both Sam and Lelia on board this season with the premier team.”