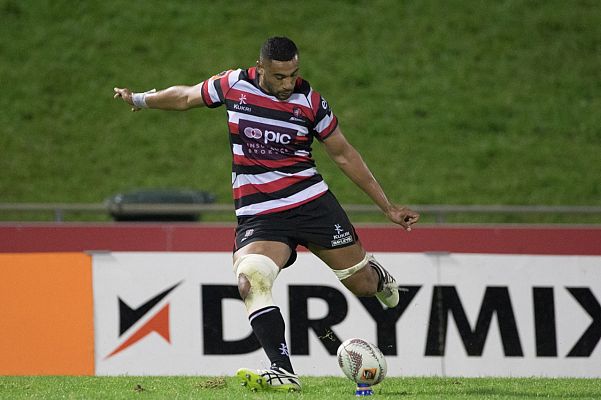 A courageous effort with just 13 men on the field, led by a stunning performance from Tim Nanai-Williams, saw the Counties Manukau PIC Steelers beat Tasman 52-30 at ECOLight Stadium in Pukekohe.

The home side finished the season on a brilliant note, scoring three late tries after being reduced to just 13 men late in the game.

The PIC Steelers edged ahead for the first time 31-30 with 17 minutes remaining before replacement Albert Nikoro was red-carded for contact to the head of an opponent and Baden Kerr yellow carded in a tackle.

With scrums reduced to golden oldie rules, the PIC Steelers received a spark from player-of-the-game Nanai-Williams who sliced through for a converted try. They were then held up over the line from the next play, before Sam Henwood charged over from the ensuing scrum.

With Kerr back on the park, the PIC Steelers sealed things when he scored wide out with this quite remarkable turnaround signed off with captain Jimmy Tupou slotting the conversion to bring up the 50 points.

The PIC Steelers were slow to get into the game, missing some first-up tackles to allow Tasman to put the roll on upfront with tries to first-five Tim O’Malley and Ethan Blackadder as the visitors jumped to a 14-0 lead after seven minutes.

The PIC Steelers pushed back into the game with some strong and direct running from the forwards with hooker Joe Royal scoring after 13 minutes before centre Nigel Ah Wong also scored to bring the home side back to a 12-14 deficit.

Tasman stretched away to a 10-point advantage with a try to Levi Aumua after a break through the middle of the ruck.

The home team struck back with what looked like the try of the first half from a brilliant Tim Nanai-Williams break but they were called back for obstruction.

With time up, from the ruck Tasman pushed it wide for Ah Wong to grab the interception and run 40m for the try to bring them back to 19-22 at the break.

Tasman, who spelled a number of players ahead of their semifinal, scored early in the second half to extend the lead before an Orbyn Leger try closed the gap.

A penalty try when Tasman were ruled to bring down the rolling maul gave the PIC Steelers their first lead 31-30 before that Nikoro and Kerr headed to the sideline which signalled the most remarkable 17 minutes of the home side’s season.

The forwards ran themselves to a standstill, with Fotu Lokotui and Sam Henwood most prominent, and the backs looked dangerous on the back of excellent running ball.

They were given rapturous support from a big and raucous home crowd with the PIC Steelers finishing fifth on the Championship ladder.