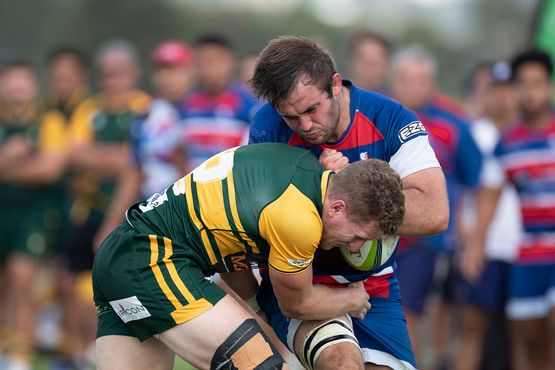 Defending champions and top qualifiers Ardmore Marist South Auckland Motors will be at home at Bruce Pulman Park as they meet Pukekohe Mitre 10 Mega in the first knock-out semi-final.

Doug Sanft’s side has looked the cream of the crop all season and dropped just two matches on their way to the semis but one of those losses was to Pukekohe.

“We will be close to full strength this weekend,” Sanft said. “I am not taking anything lightly in regards to Pukekohe. They came to our place and beat us at home in the first round so we will certainly be thinking about that.

“They bring a bit of heat on defense so we need to have our attention to detail on attack.”

Pukekohe coach Sean Polwart admits it will take a special performance to upset the defending champions at home.

“We all know Ardmore have been there and done it and understand what it takes to win,” Polwart said. They are going to be a hell of a challenge this weekend. They are well-coached and have great set piece and so we will have to have a good look at their game and ours and how we go out there and do a job.

“It is finals rugby and we have a confident group and we understand what we are capable of and we are just excited about it.”

Bombay are a year removed from winning four-straight McNamara Cups and will be at home up the hill when Manurewa Kidd Contracting comes to visit in a do-or-die affair.

The two sides finished with the same number of competition points from the round robin stage and Bombay’s second round victory over Manurewa earned them the right to host what should be a thrilling semi-final.

Ardmore Marist will host one of the premier 2 semi-finals as well with their side topping the standings at the end of round robin. They will look to cap a remarkable season for the club as they hope to have both sides progress to their respective championship deciders next weekend.

Standing in their way is a Bombay side that has had to fight hard just to make it to the semi-finals. They sneaked in last weekend at the expense of Karaka and will need to produce the performance of the season to knock over the home side.

Last year’s champions Patumahoe Dave Redshaw Electrical host Manurewa Wise Property Management in the other semi-final at Patumahoe Domain. The two sides have been evenly matched during the regular season and an epic semi-final awaits.

Te Kauwhata host Drury in Premier 3 action. Te Kauwhata have proven the class of the field so far this season in Premier 3 and they will be hoping to go one better than their narrow defeat in the Sid Marshall Shield decider last season but need to make the final first.

Maramarua hosts Ardmore Marist in the second semi-final in what will be a big occasion for the small, rural club. A chance at playing for the Premier 3 trophy is on the line.

A powerful Manurewa hosts Bombay in one of the Massey Cup U21 semi-finals while Patumahoe Albycon Ltd meets Pukekohe at Patumahoe Domain in the second semi-final.

Manurewa will host College Rifles in the women’s premier semi-finals while in development semi-finals Drury will host Patumahoe and Papakura travels to Grammar TEC.