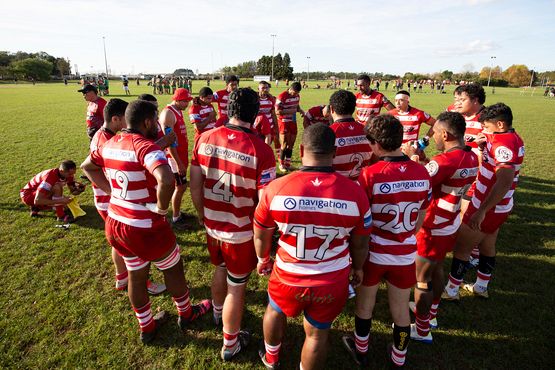 Karaka and Patumahoe Troydon Patumahoe Hotel will do battle in a Counties Power Game of the Week on Saturday that could have major ramifications on the playoff race.

The two sides head into this week’s match lying fourth (Patumahoe) and fifth (Karaka) on the table and separated by just one competition point. A win for either side would give them the massive advantage of being in control of their own destiny from that point on.

There was little between the two teams in the first round clash at Patumahoe with the home side claiming a narrow win. But Karaka have improved significantly since then as they got a stack of injured players back while Patumahoe’s form has waned in the second round.

A superb 22-0 win over Pukekohe Mitre 10 Mega last weekend bucked that trend at Patumahoe and coach Reon Graham is hoping that was a turning point for his team, particularly with the way they defended so strongly.

“We have put ourselves in pretty much a must-win situation now so we have to be picking up these wins,” Graham said.

“Puke were in a similar position to us so it was good to tick that one off but now we move on to Karaka, who have been on fire of late.

“They have got key players back obviously and they are big and strong and great ball carriers so we just have to be on our game defensively again.”

Contests between the two teams have been closely fought in recent times and the neighbouring clubs have a bit of history with each other.

“It is going to be another close one – the last two years have been exactly the same between these two teams,” Karaka coach Scott Penney explained. “There is a bit of history behind it and the cup that is up for it as well.

“A lot of the boys know each other and they are already starting to give each other a bit of stick.

“Looking at our training it shows how much it means. I thought the boys would come in from the bye week and be nice and smooth run into it but the guys have been full steam ahead.

“We know we are one loss away from having to rely on other teams so we just have to look after ourselves and keep things going.”

Top-of-the-table Ardmore Marist South Auckland Motors travels to Colin Lawrie Fields to take on sixth-placed Pukekohe while second-placed Bombay is on the road to a resurgent Waiuku Brian James Contracting. An improving Onewhero Silver Fern Marquees hosts third-placed Manurewa Kidd Contracting in the last match of the round.