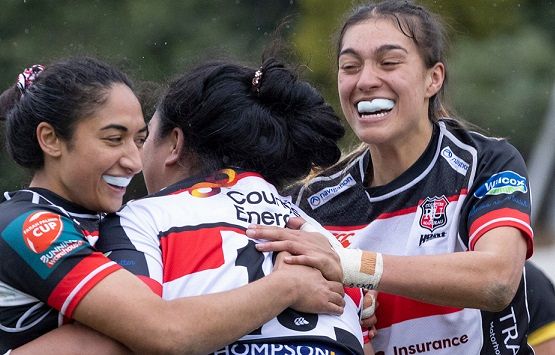 Margaret Manase and Jaymie Kolose will get their first starting caps as the Counties Energy Heat head to Palmerston North to face the Manawatu Cyclones on Saturday.

Coach JP Faamausili has rung some changes as he tries to get his side their first win of the Farah Palmer Cup after narrow losses to Auckland and Wellington over the opening fortnight.

Manase will start at lock while Kolose gets a spot on the left wing.

In what could be a world first, a mother and daughter could play together in a professional game for the first time. Paris Mataroa has been named to start at lock while her mother Temira Mataroa has been brought onto the bench this week.

Black Ferns star Hazel Tubic remains at fullback with Mererangi Paul at first-five. Vice-captain Ti Tauasosi has been named at number eight while skipper Shyanne Thompson is at centre.

Manawatu has dropped their opening two games as well – going down to last year’s champions Waikato in the opening week before a loss to the Bay of Plenty Volcanix last weekend.

The game kicks off at 2.05pm at Central Energy Trust Arena in Palmerston North.