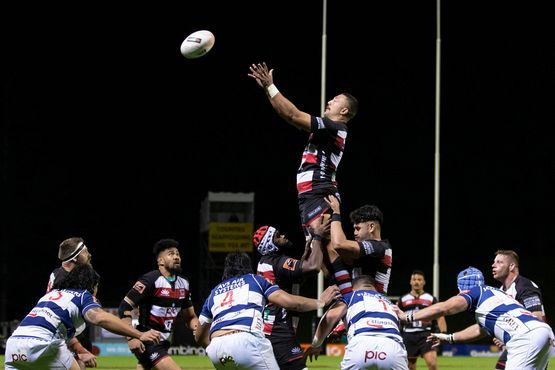 The Counties Manukau PIC Steelers make the trek to the south of the south to take on Southland at Invercargill on Saturday.

While the PIC Steelers find themselves at the foot of the Mitre-10 Cup Premiership, they have four bonus points for losses by seven or less, and have scored four tries in three of those losses to give them an additional three bonus points.

Last Saturday, the Steelers fought back late in the game to draw level with Auckland, only to give up two tries in the final few minutes to walk away with no reward on the points table for their endeavours.

A key this week is to shore up their defence, says coach Darryl Suasua. “The boys are working hard and hanging in the fight. But we are just switching off at key moments. They have moments when they are a handful for any team in the competition. We just need to show more consistency for 80 minutes.

“Southland are also having a challenge this season but, on their own ground and in their own conditions, it will need a full 80-minute effort from us if we want to come away with some reward.”

The Steelers welcome back halfback Jonathan Taumateine and first five Riley Hohepa from injury to start while the energetic Savelio Ropati get his first start for the season at No 8 for the injured Sam Henwood and Dan Hyatt.

Upfront, the in-form Onewhero prop Sean Bagshaw returns to the starting line-up swapping with Conan O’Donnell who will add impetus off the bench.

Forwards Sikeli Nabou and Viliame Rarasea, who will play his 48th game for the Steelers, will add their extensive experience to the pack.