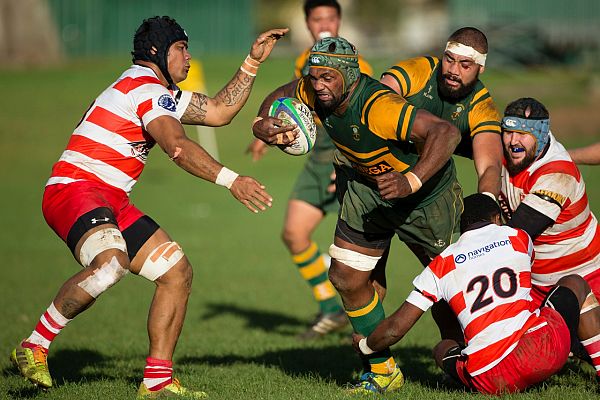 Counties Power Game of the Week - Karaka Vs Pukekohe

The McNamara Cup kicks off this week with a fierce local rivalry serving as the first Counties Power Game of the Week.

Last season’s runner-up Karaka will host Pukekohe at Karaka Sports Complex in a game that has developed into one of the key fixtures on each team’s draw over the past few years.

Both sides have been regular finals contenders in recent times – something that Pukekohe coach Mark Price believes has enhanced the intensity whenever the two sides have met.

“Over the last seven or eight years now they have become one of the strongest teams in the competition,” the former Steelers hooker explains. “It is always a tough battle against them whether it is home or away.

“They have got some pretty big forward pack runners and their backs are usually sharp so it is a good test first up.

“It is always good to have a bit of a rivalry between clubs and I think it is just something that has developed between the two over the years as they have gotten better and better.”

Pukekohe had a slow start to last year’s campaign but came home strong in the second round and were arguably the form side when the playoffs arrived. They missed out by a whisker on sneaking in and that will have returning Pukekohe players fired up to begin this season.

Price said their pre-season campaign has been solid and he is optimistic about the season ahead.

“I think we achieved a lot of stuff that we wanted to achieve,” he says. “We have definitely got a lot to work on, which is not a bad thing. I think we are sitting not too bad at this stage to try and launch where we want to head.”

Karaka has gone through a bit of change in the off season with Scott Penney taking over as head coach of the side from long-serving Craig Hill.

“We have lost a few players but we are under the impression it is a good time to change for us and bring a few younger boys through,” Penney said.

“It is a little bit of rebuilding for us.

“We have Pukekohe and Bombay [in their first two games] and I am not getting ahead of myself. We will use those for building as well and see how some of these young guys are going to develop through prem rugby.”

Penney has experienced the rivalry with Pukekohe throughout his rugby career and expects it to be no different at this level.

“It has been there for years and I have experienced it coming through the grades from 21s, to prem 2 and now into premiers. I don’t think it will change – it is the same sort of people that have moved through.

“From my point of view it is a good, healthy rivalry.”

Patumahoe Troydon Patumahoe Hotel kick off their campaign at home to Papakura while Waiuku Brian James Contracting hosts Te Kauwhata EnviroWaste in the final game of the weekend.