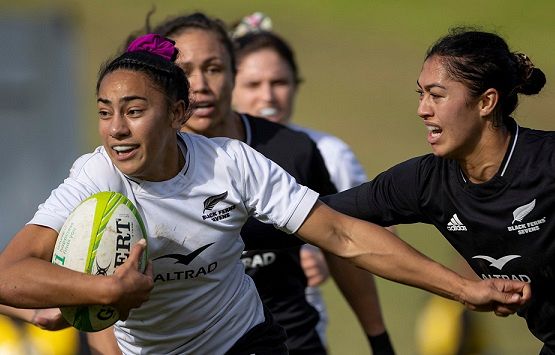 The Black Ferns Sevens are coming to Pukekohe this week with the leading female players in the country battling each other for a spot in the final squad.

The match will feature the majority of the squad that took part in the Pacific Four Series, with an additional 18 of the country’s leading players.

Dubbed Ngalingali v Rawata (‘possibles’ in Tongan and Fijian) the match will kick off at 7.05pm on Friday 8 July at Navigation Homes Stadium and will be broadcast live on Sky Sport.

Black Ferns Director of Rugby Wayne Smith said adding this trial to the women’s rugby calendar was an important opportunity to pit the country’s best players against each other.

“Quite simply put, there are players we need to see. We’ve given messages to those players who had been in camps and weren’t quite ready for PAC4, this is their chance to put their form on the track.

“We’ll have 18 players from outside of the PAC4 squad take part in the trial, some have been greats of the game, some have been best in the world, so we expect this match to be very competitive,” said Smith.

Following the trial, players will return to their provincial unions for the start of the Farah Palmer Cup, with the Black Ferns squad for the O’Reilly Cup Series to be named later in July.