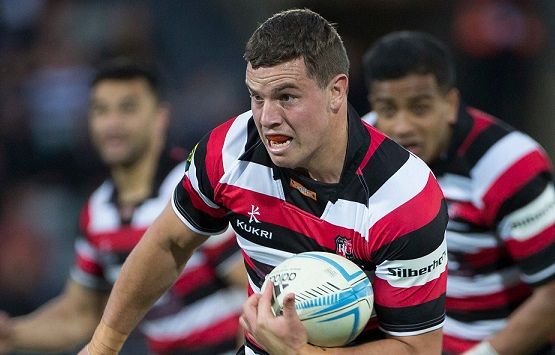 Two test Irish international and former Counties Manukau player Sean Reidy is heading home to New Zealand and will link up with the PIC Steelers ahead of the 2022 Bunnings Warehouse NPC.

Reidy, who scored the match winning try for the Steelers when they famously won the Ranfurly Shield in 2013, moved to Ireland the following season to play his rugby.

What started out as a short-term move became a distinguished career as he went on to play two test matches for his adopted country and over 100 games for the Ulster club, including some of Europe’s biggest matches.

But the former Patumahoe club player has decided to head home once his current season finishes in Ireland, meaning he could potentially play some club football in 2022.

“It is a little bit surreal at the moment,” Reidy said. “I have been over here in Ireland for the past eight years and I always had it in the back of my mind that I wanted to head back home to Counties and play back at home and so I am just grateful to be able to do that.

“It was time for us to head closer to home – I have a family now and my wife is from Pukekohe. I have a really strong relationship with the Union and the region so in the back of my mind was to go home and give back a little.”

Reidy has a long-standing relationship with new PIC Steelers coach Reon Graham, which has only helped encourage the move back.

“Obviously I know Reon really well – he coached me back in New Zealand for Patumahoe and in Sevens so I have a really good relationship with him.

Season memberships are on sale now from https://steelers.flicket.co.nz/.