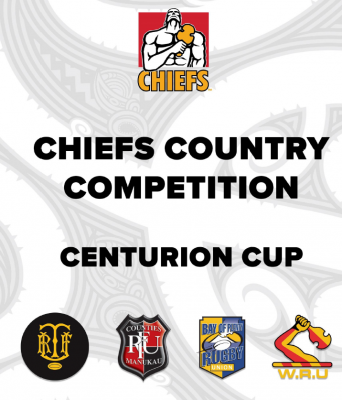 Lavea’s Counties Manukau Cavaliers selection will take the field at Hamilton’s Fred Jones Park on Saturday at 4:35pm with 10 of the 15 starters boasting Mitre 10 Cup experience.

In naming the first squad of his tenure, Lavea has also opted for co-captains with Karaka duo Mickey Woolliams and Cardiff Vaega to share the leadership duties.

Steelers first-five Riley Hohepa (Patumahoe), halfback Liam Daniela (Bombay) and fullback Kali Hala (Karaka) will be familiar faces in the backline while Patumahoe’s James Brady has been rewarded for his stellar 2019 club and sevens seasons with selection on the wing.

“We are really excited about the opportunity to have a competitive game of rugby at this time of year,” Lavea said.

“The boys have been training hard for several weeks now and the selections reflect that.

“I’m very confident they will go out there on Saturday and represent our region with pride.”

Lavea added that the Centurion Cup – a pre-season competition in which the provincial unions aligned to the Chiefs play against one another – provided local players with an opportunity to push for Mitre 10 Cup contracts.

“We’ve made it pretty clear to the boys and the local clubs that we will be signing players who perform for us in the coming weeks and beyond that at club level,” Lavea said.

Also included in the 25-man squad on an extended bench are Chiefs players Donald Maka and Orbyn Leger.