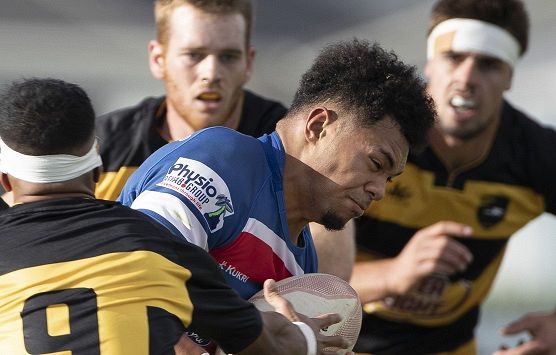 We assess each of the eight McNamara Cup teams for 2022, looking at who each team’s key player is and someone who could be one to watch.

2021: Losing finalists
Key player: Sala Ale is a young hooker who came through the ranks in 2021. He played a lot of games in Premier 2 but back up on several occasions with the Premier side. A naturally strong ball runner who reads the game well and works hard on his core roles.
Player to watch: Gideon Faofua is a 20-year-old hot-stepping midfielder that has the engine of an open side and the feet of a winger. He is defensively strong and has great speed off the mark.
2022 prediction: Will be facing a re-building season given the high turnover of players from last season but there is optimism they could be better than many are predicting.

2021: Won plate section
Key player: Adam Brash – as a captain you need great leadership attributes an someone that puts the team first before his own needs and that is what Adam is. He leads with action rather than words on and off the field and will give 100% every time he takes the field. Adam Brash is Bombay’s very own Captain America.
Player to watch: Jese Qaraniqio is a player to look out for this season. He has great speed along with great footwork that players will struggle with when trying to defend him.
2022 prediction: Bombay should challenge strongly for a semi-final spot. From there, with a pedigree of winning finals, who knows what they could achieve?

2021: Champions
Key player: Jamie Gilbert-Clark is important has he provides leadership, experience, sets the standard at training and leads by example on the field. Jamie gives voice to a young forward pack and is happy to take feedback as well.
Player to watch: Sam Tuifua is a young loose forward who has a lot of all-round skill, good in the line out, strong ball carrier and has excellent balance to beat defenders.
2022 prediction: Title contenders again.

2021: Losing semi-finalists
Key player: Edgar Tu’inukuafe is a very talented loose forward that came out of Toulouse in the French Top 14. He brings a wealth of experience despite being only aged 27 and promises to be one of the competition’s best.
Player to watch: Tomasi Manase is a big prop that impressed in the pre-season. If Manurewa can get 15 minutes from him off the bench he will make a big impact.
2022 prediction: Title contenders – they will be expecting to make the semi-finals again and go at least one step better this year.

2021: Eighth
Key player: Bradford Lemaalufaetoaga – is a key for Papakura at first-five and will guide them around the park while the talented Langa Fasavalu returns from a stint at Papatoetoe.
Player to watch: Young Lock Ajay Patea has moved up from the U21s and is set for a big season and will be a player to follow.
2022 prediction: Mid-table – Papakura has quietly gone about their business under coach Kerry Petrie and could be ready to take a big step forward this year. With players form their champion U21s stepping up, keep an eye on the red and blacks as a dark horse.

2021: Losing semi-finalists
Key player: Riley Hohepa builds an experienced and renowned combination with Liam Daniela in the inside backs. Hohepa is the architect of pretty much everything Patumahoe does and has the added responsibility of being captain.
Player to watch: Dennis Koro is an exciting young hooker with exceptional work rate and has the ability to become the next Joe Royal. Keep an eye out on former Pukekohe High School skipper Brady Cohen-Letham when he gets a chance too.
2022 prediction: Title contenders – with huge numbers, an experienced and determined squad, Patumahoe should be right there come the business end of the season.

2021: Sixth
Key player: Jarrod Halliday has had a season of representative rugby under his belt and is ready to become one of the competition’s star players. His prodigious boot will win Pukekohe games this season.
Player to watch: Jadin Kingi makes the move from Ardmore Marist and the age group star will immediately make a difference in the Pukekohe pack. Pukekohe has some exciting 18-year-olds in Te Kauri Parkinson, Keran van Staden and Esala Tolutau too.
2022 prediction: Semi-final contenders – Pukekohe should be set for a step forward this year as they continue to build. A semi-final appearance will be the goal.

2021: 10th
Key player: Anzac Magele was a stand out for Weymouth last season at flanker and is expected to have a big role again in 2022. He will need to lead the young side as they look to make more progress this season.
Player to watch: Prop Norm Solomona is already in Counties Manukau U20s and is a player with a big future in front of him while first five OJ Singano has the ability to lead the team around the park.
2022 prediction: Will be aiming to finish off the bottom in the 2022 and start their climb up the ladder. Will really target games against Ardmore Marist and Papakura.