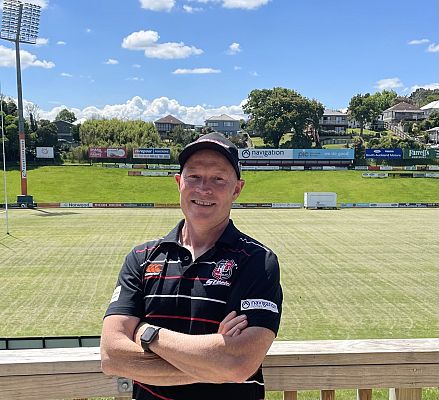 Long-serving Patumahoe coach Reon Graham has been appointed as the new Director of Rugby at Counties Manukau Rugby and PIC Steelers coach for the next two years. Graham takes over from Tai Lavea, who resigned at the conclusion of this year’s Bunnings Warehouse National Provincial Championship to take up an offer to coach in Japan.

The appointment of Graham comes on the back of a terrific resume – winning three McNamara Cups as a coach and having coached Counties Manukau representative sides at every level possible. He has been a very successful sevens coach and led Counties Manukau to national titles in 2016 and 2017 as well as a runner-up finish in 2018.

Graham’s links to the community game and to Counties Manukau are very strong – he was a title-winning player with the all-conquering Manurewa club through the 1990s and also played for Patumahoe, where he would go on to become the club’s most successful coach in history.

His family has close ties to the Pukekohe club, and he is widely respected across the region – ranking as the McNamara Cup’s best coach in a poll of his fellow coaches earlier this year.

“I am delighted to announce Reon as the next coach of the PIC Steelers and to be our Director of Rugby,” Counties Manukau Rugby chief executive Aaron Lawton said. “Reon has fashioned a superb record in coaching and has really been building all these years for this opportunity. He comes with glowing endorsements from those that have played under him and is someone I have come to admire since taking on my role here at the Union.

“He bleeds red, white and black and is very passionate about rugby across the region. He has some great ideas and I think he will have a profound impact on rugby in Counties Manukau.” Graham was delighted to be the successful applicant in what was a very strong list.

“It is an absolute privilege to get the opportunity – I have been involved in rugby in the region since I started playing junior rugby at four years old,” Graham said. “I played for as long as I could, I watched the Steelers on the bank in their glory years and have been fortunate enough to get involved in coaching within the Union. “I look forward to making a strong connection with our community and to make people proud of the PIC Steelers.”

Graham does not officially start with the Union until March but will begin on a part-time basis immediately. He will resign as coach of Patumahoe to take up this opportunity. His first job will be to confirm a coaching and management structure around him, which will be announced in the coming weeks.