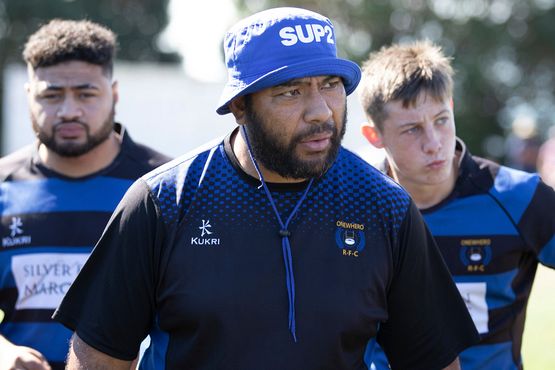 Onewhero Silver Fern Marquees secured their best win of the season as they pipped Patumahoe Troydon Patumahoe Hotel in crucial match for both sides at Patumahoe.

The visitors moved off the bottom of the ladder and kept alive their slim playoff hopes as they finally saw some reward for some seriously improved play in recent weeks.

After some narrow losses on the back of impressive performances, former Kiwi rugby league international Lesley Vainikolo’s side overcame a narrow halftime deficit to record a one-point win.

Bombay got back to their best form as they beat Manurewa Kidd Contracting 28-21 at Bombay Domain in a game played between two sides that seem likely to be genuine title contenders in a couple of months.

“It was a pretty even contest,” Bombay coach Jeff Marr said. “We started pretty bright and got some points on the board and then we gave away an intercept try and then Rewa started getting a bit of ascendancy and there were some errors from us and penalties.

“I thought our set piece was pretty solid and when we got our opportunities we didn’t panic and worked into our patterns and pulled off a couple of moves and got a couple of tries.

“Ki Anufe was important for us – some of his clearance and place kicking was the difference between the two sides.”

Marr felt it was vital that his side got the win after a loss and a bye in the past fortnight.

“Hugely important for us – we needed to start the second round with a win and coming off the bye you are never too sure how the boys are going to respond after a week off,” Marr said.

“We definitely needed the bye because we were pretty beaten up like most teams are when they get to their seventh or eighth game in a row so it was important to get the win and move up the table a couple more places.”

Coach Doug Sanft admitted to having some nerves before the game and Papakura threatened to cause a massive upset before Ardmore Marist settled into their work.

“Papakura came at us and went the whole 80 minutes,” he said. “It was a close game at halftime and I feel they will upset some teams in this second round.

Karaka earned some revenge for their first week surprise loss to Waiuku Brian James Contracting by claiming a 33-14 win at Karaka Sports Complex. Scott Penney’s team collected a bonus point for scoring four tries in the process and they moved to within striking distance of the top four having overcome a slow start to the first round.

“It was very satisfying after a pretty sloppy performance in the opening round,” Penney said. “We are still doing some really crazy things with the ball in hand but playing against a tough Waiuku side, especially after what they did to Pukekohe last week, we knew we were in for a tough battle.

“The boys came out with a bit of confidence and we finished the game well. The line speed in our defense was the winning of the game I thought. They recycle the ball really well and their phases were up 10-plus so many times.

“My front row was outstanding – they are coming leaps and bounds since the start.”

Bombay caused arguably the shock of the season in Bob Chandler Memorial Premier 2 competition as they beat Manurewa Wise Property Management 31-29. Ardmore Marist racked up a massive score as they thrashed Papakura 131-7. Pukekohe Franklin Long Roofing claimed a 22-15 win over Weymouth while Karaka were too good for Waiuku 42-31.

Pukekohe continued their strong showing in Under 85kg action with a 31-8 victory over Onewhero. Papakura proved too strong for Beachlands Maraetai with a 31-5 win while Weymouth beat Bombay 19-10. Patumahoe Brady Construction Pak N Save bounced back from two losses to thrash Karaka 48-24.

Patumahoe Searle Group women’s team earned their first ever win with a 57-17 victory over Kumeu. Drury claimed a 24-5 win over Manukau Rovers, while Manurewa and Weymouth went down in their games.