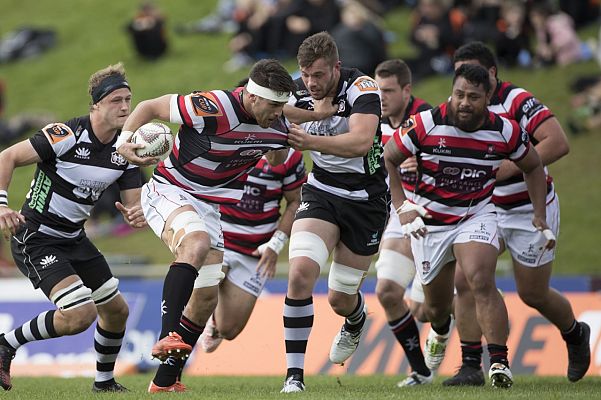 The Steelers proved there's no place like home after a convincing 33-14 win over Hawkes Bay at ECOLight Stadium this afternoon.

Played in near perfect conditions the Steelers enjoyed the chance to showcase their expansive game, running in five tries, including a brace to fullback Tim Nani-Williams.

With both teams looking for space out wide and both defensive lines holding fast it took until the 20th minute to open the scoring.

Wing, Nigel Ah Wong, wrenched the ball from a surprised Magpie player before feeding the ball to Number 8, Samuel Henwood, who linked brilliantly with lock, Ronald Raymakers. Raymakers then found Augustine Pulu in support, who fed a fine inside ball to Nani- Williams to score.

Baden Kerr added the first of his three conversions of the day and the Steelers were ahead.

Hawkes Bay replied almost immediately. Trapping the Steelers in their '22 after the restart the Magipes attacked the try line before hooker, Ash Dixion, powered his way over and Ihaia West added the extras.

The remainder of the first half saw both sides attacking but failing to score.

7-all the halftime score.

In the second half the Steelers came out firing and within the opening minute had scored. A quick penalty tap by Pulu put the Magpies in the back foot and after recycling ruck ball in record time the ball was spread to flanker, Fotu Lokotui who scored.

Kerr's conversion made it 14-7 to Counties Manukau.

The Steelers forwards were now the dominant pack and with Pulu directing traffic the home side scored via blindside Johnathan Kawau and soon after Nani-Williams had his second of the afternoon.

By the 75th minute and the game in the bag the Steelers capped of a fine match by sending reserve prop, Kalolo Tuiloma over the line.

Again the try was a result of a concerted build up by the forwards and the backs recycling possession. By the time the ball was in Tuiloma's hands five meters from the line the try was a foregone conclusion.

The visitors scored a consolation try just before full-time, but the day belonged to the home side.