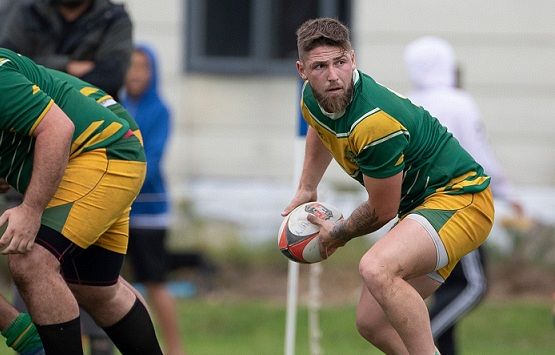 All clubs will be looking forward to the start of the 2022 club rugby season but for Drury Rugby Club it holds additional meaning.

The small but proud club marks its centenary this year and will celebrate with weekend of festivities as their senior men’s team kicks off the Sid Marshall Shield with a game against Maramarua on Saturday.

Like many rugby clubs around the country, it was formed on the back of World War 2 and has enjoyed triumphs and despair over the enduring years.

A key link between urban and rural South Auckland, Drury has a rich history.

“It was formed on 9th February 1922 at a meeting attended by 30 people in the Drury Hall and they went from there I guess,” current Drury president Clive Franks said.

“There was fundraising and so forth to get eight grounds and then club rooms and everything else sort of followed.

“They joined the Manukau Rugby Union at that time - applied to and were accepted a few months later - and obviously over time it evolved into Counties Manukau and to where we are today.

“Like most clubs, we've had our ups and downs over the years. I go back to the 70's, so I've seen a fair bit of it. Obviously you have your peaks and you relish those, but you also have your troughs and you get that probably with any club.

“You take your wins and accept your losses, I guess, and just plug on.”

Drury enjoyed a terrific 2021 season in which their men’s team won every game during the round robin and semi-final stage of the Sid Marshall Shield but they ultimately went down to Te Kauwhata in the final.

Despite that set back, the club appears to be in good health and, with huge population boom predicted for the area, there is big hope that a return to the Premier grade is only a matter of time.

“We're not in top grade at the moment, but we've been there before and with what's happening around our area - allegedly going to be the size of Napier or Hamilton in the next 20 years - we hope to tap into that obviously in the future,” Franks said.

“At the moment we compete as best we can. And it's not easy these days for rugby clubs anywhere I guess.

“We’ve got a good bunch of guys here at the moment and they really put their heart and soul into it. They came up short last year - that was a bit of a bitter pill to swallow, but they left their worst game until the last of the season and hey, that's rugby, but we'll have another crack this year.”

The celebrations begin on Friday night and there are events planned right across the weekend to celebrate a century of history and community engagement.

“On the Friday night is a mix and mingle and I'm thinking that to be a very, very big night,” Franks said. “There's a lot of people have been through the club over the last 100 years, and I know that there's a big attendance expected not just for the Friday but Saturday too.

“We have a game against Maramarua and some junior boys’ games prior to that. In the evening we have got our dinner and our guest speakers. We have a video message from Kieran Read - his first club was Drury and his brothers also played here. The Read family are great supporters of Drury and him being an absolute legend of New Zealand Rugby, we're proud to have had him in our midst. He also sent us up his 37th test cap jersey which will be on display on the night.

“It's going to be a big, big night Saturday and then on Sunday we've got an old boy's game. That'll be good for some of the old boys to have a run around.”